Similar to 2004, WTI is in a multiyear rise supported by global industrial rebound, however, added to this phase of rising prices is technology driven emerging market growth and demand unlike anything ever witnessed in human history. Economic growth and development outside the United States from emerging and developing economies will pressure oil prices and resources beyond supply capabilities.

Oil will continue to provide the bulk of the world’s energy needs in 2040 and the Untied States along with it’s oil producers and partners will lead the way in meeting this demand.

Global GDP currently stands at 87 trillion USD with the United States accounting for 25% or 21 trillion USD. However, China GDP for 2018 is forecast at 14.5 trillion and will grow to 21 trillion by 2023 and forecast to overtake the Untied Sates by 2025.

Global GDP is expected to more than double by 2040 with 90% of this growth from developing countries.

And what is really scary, its not only China that will lead the way but other economies such as India, Indonesia and surprisingly, Africa.

Furthermore, by 2040, less than 20% of passenger vehicles will be electric vehicles.  With global oil demand remaining firm into the decades ahead, oil prices are guaranteed to continue to rise well into the 2050’s.  Oil will continue to provide the bulk of the world’s energy needs in 2040 and the United States along with it’s oil producers and partners will lead the way in meeting this demand. 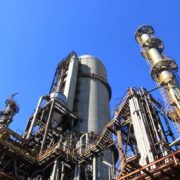 A series of higher daily lows beginning with the Feb 2018 low of 58.05 confirmed rising demand as global markets begin to move into the seasonal high demand period. However, unlike recent years when US inventories were at surplus when season high demand period arrived, this year US inventories are in a deficit year to date and over 50 million barrels in deficit since one year ago.

All this sets the stage for what could be a very rapid rise in oil prices in the months ahead as the global industrial rebound continues and fueled by unprecedented demand from emerging markets.

The largest 7 emerging market’s, E7,  (China, Russia, India, Indonesia, Brazil, Mexico and Turkey) gross domestic product (GDP) was 1/2 that of the largest  7 advanced economies, G7, (United States, Japan, Canada, UK, Germany, France and Italy) in 1995. By 2015, the E7 economies annual GDP was equal that of the G7, and by 2035 will be double that of G7.  It is this dramatic growth of E7 and other emerging economies that will demand more and more of the world’s energy and setting up what could be a global energy crisis beginning as soon as 2025.

However, the United States will soon become the worlds largest producer of oil and it will be the United Sates and Saudi Arabia who will be providing the oil and energy resources to the rapidly growing emerging markets. 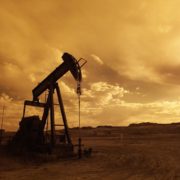 Oil prices moved sharply higher during the far east market open on Monday, initially reaching 66.52, just shy of the 2018 high of 66.63. Prices have recently moved higher partially due to two reasons today, first, China’s Shanghai Yuan-denominated oil futures first day of trading caused prices to bid higher as this newly available market will have a significant impact on the US dollar-dominated oil markets.

I will have a detailed report on that in a few days.  Secondly, the other key event today that drove prices higher was the Iranian backed rebels in Yemen launched missiles at Saudi Arabia capital of Riyadh in their efforts to cause havoc and disruption of the world’s leading producer of oil economy.

However, there are several events currently unfolding which will soon see oil prices test $76.47.

Short-term, traders will continue to bid prices higher on the futures market as northern hemisphere demand moves into the peak season while long-term speculators will seek price dips and breakouts to position for long-term global demand. 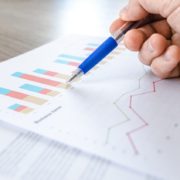 Dollar suffers broad based selling during today’s early US session as US CPI data came in as expected with +0.2% for February.  The prior January  +0.5% may have been an anomaly and is a relief to market participants.  Additionally, the US Dollar was weighed down today by political turmoil in the White House. Headline CPI accelerated to 2.2% year on year (yoy) with core CPI unchanged at 1.8% yoy, with both meeting expectations.

However, today’s CPI data will not change Fed’s path to hike in rates during next week’s 2 day Federal Open Market Committee meeting and likely hike rates again in June.  However, a 4th rate hike this year is looking unlikely unless CPI data between now and June shows unexpected rise.

West Texas Intermediate (WTI) remains firm holding above $60 currently at $60.62 ahead of tomorrows weekly crude oil inventories data to be released at 10:30 am EST.

On a separate note, US Secretary of State Rex Tillerson was fired by President Donald Trump after numerous clashes. Trump confirmed by tweeting “Mike Pompeo, Director of the CIA, will become our new Secretary of State. He will do a fantastic job! Thank you to Rex Tillerson for his service! Gina Haspel will become the new Director of the CIA, and the first woman so chosen. Congratulations to all!”