Crude oil moved higher on Wednesday after the US weekly crude oil inventories report came in worse than expected with a -2.6 million barrel in inventories from last week, maintaining a draw down in inventories for 2018 and 45 million barrel draw down last 6 months. Other factors cited as motivation for traders to bid crude oil futures contracts are record gasoline demand, falling Venezuelan production and rising tensions between Iran and Saudi Arabia.

Iranian backed rebels in Yemen continue to show little regard for civilian casualties in what the United Nations is calling “the worst man-made humanitarian crisis of our time.” The war has had many atrocities and the players have broken down into multiple factions.

From a technical perspective, West Texas Light Crude trades within a consolidating wedge formation with a series of daily lower highs and daily higher lows with a break out imminent.  To the upside, look for a daily open and higher close above $64 to support further rise to the 2018 high of $66.63 with a sustained move above this level targeting 68.65, 69.91 and 71.93 into the days ahead. 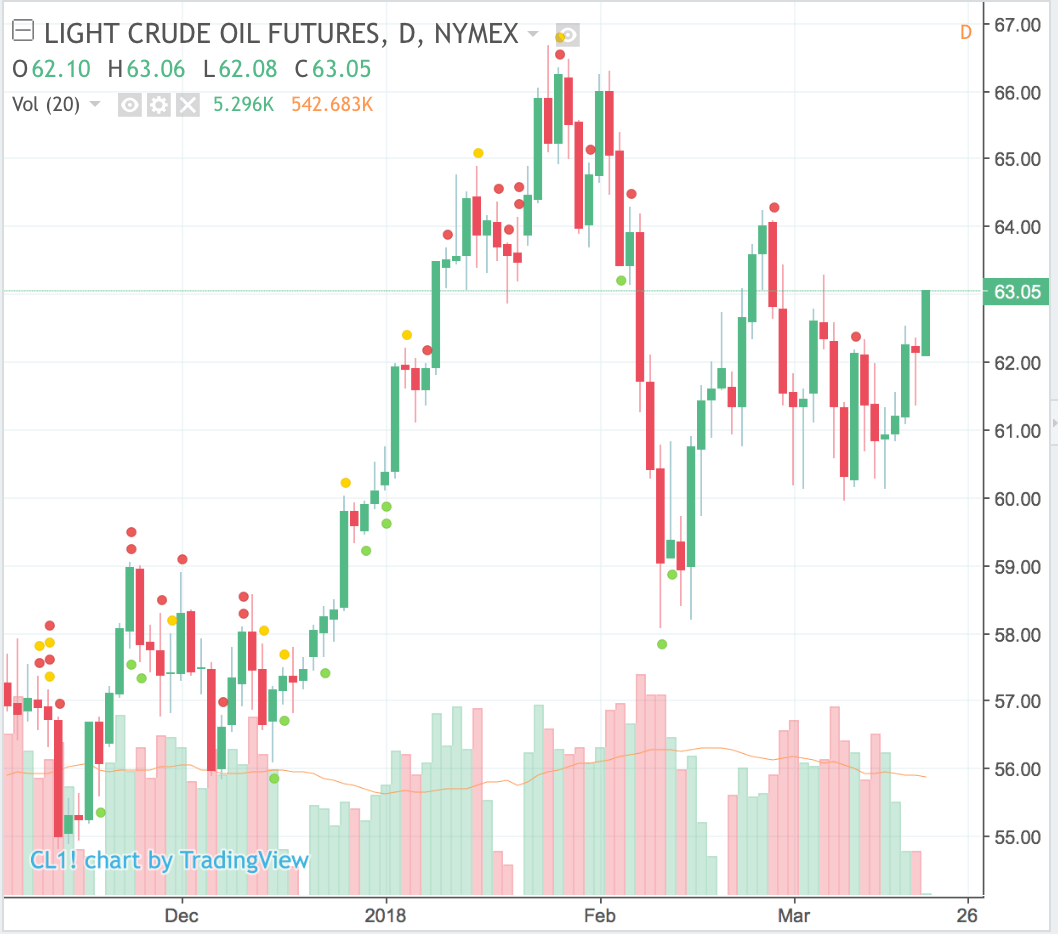