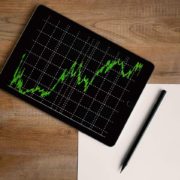 West Texas Intermediate (WTI) currently trades at 70.18 at this writing and is set to close lower this week after reaching a new 2018 high of 72.87, just a few dollars shy of the 76.47 target cited in our January 2018 forecast.  Oil moved lower this week mostly due to strong gains in the US dollar and a surprise surplus in last weeks crude oil inventories.

The US dollar was broadly bid this week and achieved new 2018 highs against a basket of global currencies fueled by European and far east markets net long equities covering positions and moving funds back to US dollars. The US dollar is the largest and most liquid market and remains the worlds reserve currency as the majority of global funds denominate in USD as their base currency.

The USD also had additional buying interest this week out of Turkey and Venezuela as both countries central banks raise interest rates in their efforts to slow capital flows out of their country.

The US dollar has gained 5 out of the last 6 weeks while oil has moved higher 8 of the last 9 months as historically when USD gains, oil falls.

In recent months, however, oil has remained bid despite USD gains as global demand has and will keep oil bid well into 2030.

Earlier today Russian Energy Minister Novak stated that the global oil glut is over with expectations for long-term rise in demand and prices while also today Saudi Oil Minister Falih said that Saudi will boost supply to meet expected rising demand. Russia, USA, and Saudi Arabia are the 3 largest producers of oil with all three each producing 10.5-11.5 million barrels per day.

WTI dropped from today’s earlier high of 70.72 on news that Saudi will increase production to meet current demand. From a technical basis, WTI has achieved the 71.93 target cited in my Mar 3, 2018 forecast with near-term support at 67.26 and 61.09 as buy orders build at these levels just as the northern hemisphere moves into seasonal high oil demand.

Look for WTI to continue to find dips as buying opportunities with 76.47 as the upside target. Look for daily prices to open above 72.87 and close higher followed by a weekly open and higher close to confirm further price rise is once again underway to our next target 76.47.

However, unlike the 2014 -2016 period where prices declined from 107.65 to 26.03 during a period of stagnant growth and oil surplus, last week’s $71.85 price was achieved during an environment of sustained global industrial rebound and rising oil demand.

Added to this situation are geopolitical issues in Iran and Venezuela, leaving a razor thin margin of 1.5 million barrels per day between global surplus and deficit.

With total global output and demand both approaching 100 million barrels per day and world wide production at 93% capacity utilization, little room remains to fill the void being created by rapidly expanding emerging market economies (EME’s). At the present EME’s growth rate and current global oil production capacity, it is a mathematical certainty that within the next decade, more like 2025, the world will find itself in a global oil deficit.

Many “experts” have denounced such a possibility, which in itself will only exasperate the problem by eliminating any sense of urgency to address this potential global oil shortage. However, realization of this potential global shortage will initially be reflected in the futures markets as oil futures traders will bid oil higher well before the reality of the shortage has become accepted.

It is very likely that even now we are witnessing the beginning of a long term multi decade rise in oil prices as futures markets have already been net long oil since November 2017 and surprisingly during low seasonal demand.

The brief period to minimize the impact of this potential global oil deficit is now.

It is imperative that oil producers across the global lead by the United States and Saudi Arabia continue to expand production, refinery, and delivery capacity to minimize the impact of this potential global oil shortage. For those who recognize and seize this opportunity, the rewards will be great as unlike the oil booms of the 1970’s 80’s and 90’s where the financial beneficiaries were the Middle East, this time it will be the United States and it’s oil producers and partners. This dramatic wealth transfer will be unlike any ever witnessed as the Untied States will soon become the world’s largest producer of oil into the decades ahead.

However, by July 2008 it was evident rapidly rising oil prices were having an affect on economic growth and coupled with supply surplus witnessed speculators covering their net longs positions with sell orders and dramatically moving prices lower to $35.08 by December 2008. Such is not the case this time as unlike 2008, global demand is currently at all time highs and will sustain due to dramatic emerging market growth thus witnessing long term sustained rise in oil prices.

Prices will soar initially due to futures markets speculation but sustained prices will remain due to unprecedented global demand.

See the below video link for more details. 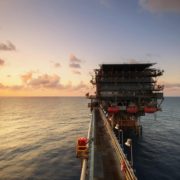 Look for a daily, weekly and monthly open and higher close above 66.84 to confirm prices continuing higher to 76.47. Additionally, crude oil inventories have been in deficit for most of 2017 and throughout the early winter of 2017 as continued deficit during seasonal low demand would witness risk of a dramatic rise in prices throughout 2018 supported primarily by emerging market demand. For 2018, look for prices to reach 76.47 in the first half of 2018 as a monthly open and higher close above 76.47 will confirm further rise underway to 88.39 while bids in the $46-57 zone support. 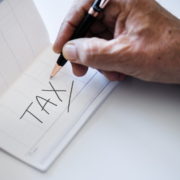 There are several major tax benefits available to oil and gas investors which makes this investment unique above all others. U.S. tax codes favor investment in energy resources and oil and gas leads the way with a catalog of incentives for investors as well as oil producers. Below are just a few of the key incentives.

These include everything except the actual drilling equipment. Labor, chemicals, mud, grease, paraffin, and other miscellaneous items necessary for drilling.  These expenses generally constitute 65-80% of the total cost of drilling a well and are 100% tax-deductible in the year incurred. So, a million-dollar investment could deduct approximately $800,000 right away, which would generate a net tax savings of approximately $280,000 in year one (assuming a 35% tax bracket), reducing the net investment by 28%. Furthermore, it doesn’t matter whether the well actually produces or even strikes oil. As long as it starts to operate by March 31 of the following year, the deductions will be allowed.

Tangible cost are those directly related to the cost of the drilling equipment. These expenses are also 100% deductible, but must be depreciated over seven years. Therefore, in the example above, the remaining $200,000 could be written off according to a seven-year schedule.

The tax code specifies that a working interest (as opposed to a royalty interest) in an oil and gas well is not considered to be a passive activity. This means that all net losses are active income incurred in conjunction with well-head production and can be offset against other forms of income such as wages, interest and capital gains.

This is perhaps the most enticing tax break for small producers and investors. This incentive, which is commonly known as the “depletion allowance,” excludes from taxation 15% of all gross income from oil and gas wells. This special advantage is limited solely to small companies and investors. Any company that produces or refines more than 50,000 barrels per day is ineligible. Entities that own more than 1,000 barrels of oil per day, or 6 million cubic feet of gas per day, are excluded as well.

These include the purchase of lease and mineral rights, lease operating cost and all administrative, legal and accounting expenses. These expenses must be capitalized and deducted over the life of the lease via the depletion allowance. 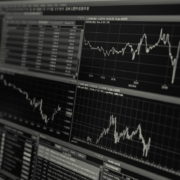 Oil prices have remained firm for all of 2018 as seasonal increasing demand will continue to witness higher prices into late summer 2018.  However, long-term global demand, especially that from developing emerging economies, will continue to pressure global supplies and keep oil prices firm in the years ahead. Emerging economies are witnessing annual growth rates from 6-16% annually and expected to sustain this growth rate through 2030.

Global oil production is at 93% capacity utilization, so, unless global production capabilities improve at a much faster rate, then from a mathematical perspective it is a certainty that demand will exceed supply by 2025 and certainly within the next 10 years.

From a technical perspective, West Texas Intermediate (WTI) is finding bids above the 200-month moving average currently at 65.61. Since moving above this key long-term indicator a few days ago, there have been 7 days where prices have opened above and closed higher followed by a weekly open and higher close above 65.61. The next pivotal confirmation to support further rise will be a monthly open above 65.61 and higher close.  It appears May 2018 could meet these criteria as the last time such a trifecta occurred was Feb 2009 when prices sustained above the 200 month moving average and eventually rallied from 33.55 to 114.79 by May 2012.

However, there is one component missing during 2009-2012 multi-year period of sustained rise in prices which is present at this time, and that is the unprecedented rapid growth and subsequent demand from emerging economies.

Global daily oil consumption is now approaching 100 million barrels a day, which is just about the same as total global daily production, so, the risk for global shortfall in supply is very high. Adding the further potential for global oil shortage would be any geopolitical event or natural disaster which could easily see prices spike to $100 a barrel in a few days.

For additional information, use the following video link to view additional details.